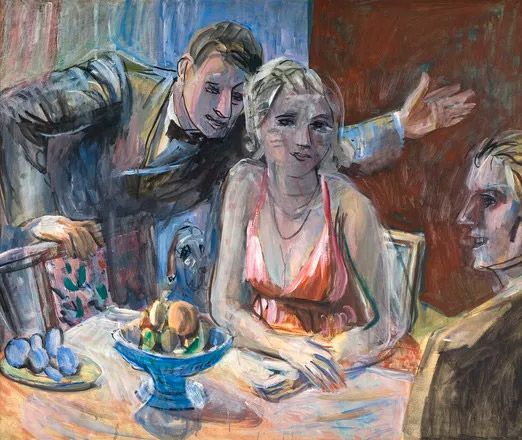 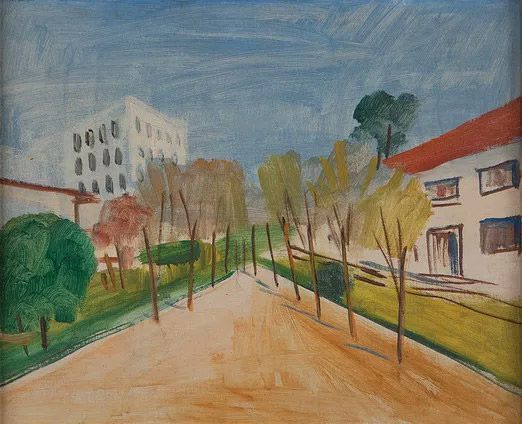 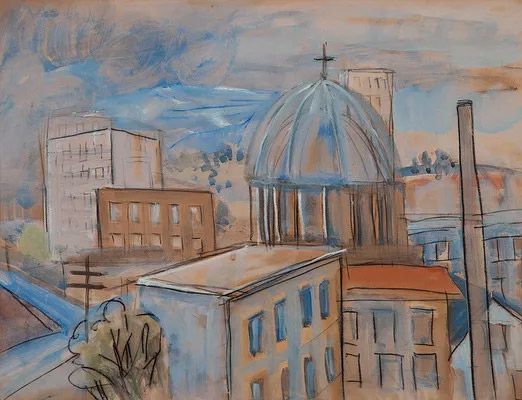 A rare and important Part of the work of Ernesto de Fiori (Rome, 1884 – São Paulo, 1945), an artist admired by his contemporaries and collectors alike, both in Brazil and abroad yet hardly known by the public at large, will be brought together in the show Ernesto de Fiori - Tensão e Harmonia (Tension and Harmony) curated by Denise Mattar.

The output of De Fiori in Brazil occurred during two different phases: the first, between 1936 and 1939, in which sculpture predominated, and the second, between 1940 and 1945, in which he did less sculpting, focusing more on painting.

Although never fully integrating in Brazil, where he felt internal conflict, the artist experienced changes in his work during the nine years in the country. In the Brazil years, which he intended to be a stint and not his final years, a growth in his painting is evident with the use of a wide range of techniques, such as rapid or solvent-diluted brushstrokes, the use of toothed instruments, and portraits free of the limits of schematization, with closer mirroring of the human form, acquiring expressionist traits with an added psychological element, also evident in his sculptures.

The presence of the artist in São Paulo also helped promote new directions in the city´s art scene, influencing the work of artists involved in the Família Artística Paulista - FAP, such as Mario Zanini (1907 - 1971) and Joaquim Figueira (1904 - 1943), and also the work of Alfredo Volpi (1896 - 1988), particularly in some of his seascapes.

The exhibition included 22 sculptures, 25 oils, 9 gouaches and 12 drawings. The sculptures cover a period from 1929 to 1945, displaying works produced in Germany such as Adam, Jungling and Barbara of 1929; artworks done in Brazil such as Homem Brasileiro, Maternidade e Mulher Reclinada (Brazilian Man, Maternity, and Reclining Women) in 1938, produced for the Ministry of Education and Health, and also busts such as Greta Garbo of 1937, and of his nephew Christian Heins (which would become one of the first Brazilian pilots to compete internationally) and his Self-portrait, 1945. Of the oils and gouaches, mostly produced in Brazil, there are three groups of works: Landscapes, in which he depicts his impressions of the retiring city of São Paulo, and of the boat races on the Santo Amaro lake where he sailed. Saint George and the Dragon, allegories of the battle between good and evil making references to the War in Europe, and Galas in which he portrays single or groups of individuals alone or in groups, generally taking part in society events. His agitated and vibratory painting conveys the underlying movements and tensions in these apparently mundane scenes, with a surprisingly contemporary result. The show also includes a group of drawings which evidence his creative process plus some caricatures of Hitler and Nazism.

Where harmony in music is the sum of the multiple tensions of the musical notes that compose a uniform esthetic whole, then in the work of Ernesto de Fiori (Rome, 1884 – São Paulo, 1945) it is the tension in the brushes and hands that create the harmony in the composition of the painting and sculpture. His work was characterized by the human figure – predominantly female - of everyday life and urban and natural landscapes with an emphasis on sailing boats, a sport in which the artist was a champion – during the period in which he lived in Brazil between 1936 and 1945.