Cícero Dias began his artistic career after moving to Rio de Janeiro in the 1920’s. During this period, he witnessed the strong influence of European modern painting in Brazil. His initial work mainly comprised watercolors, in which he creates dreamlike compositions that evoke images of the unconscious, influenced by surrealism, but also the fantastic Brazilian northeastern imaginary and folkloric tales. Appointed to a position within the Brazilian Embassy in 1937, he moved to Paris, where he met the painters Georges Braque, Fernand Léger, Henri Matisse, and Pablo Picasso.

Dias was captured during the Nazi occupation in Paris and, together with a group of Brazilians, was exchanged for German prisoners. Released in Portugal, he secreted his way back into France and after some time returned with the poem Liberté, by Paul Éluard. The text was printed in London and distributed throughout Nazi-occupied France by the British Air Force. Immersed in approaches between Portuguese and Brazilian culture, during this period his paintings showed an ironic interpretation of still life, and featured stylized and geometrized plant elements.

Dias returned to France in 1948, and produced mainly abstract compositions, intensifying the geometrization with which he had been working. However, references to the colors and luminosity of Brazilian northeastern nature are evident in his paintings. From the 1960s, Dias intensely resumes the dreamlike figurative painting, this time with a touch of eroticism. References to themes of northeastern daily life become recurrent: women, farmsteads, foliage, flowers and the sea. 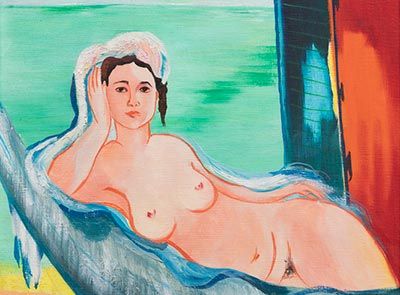 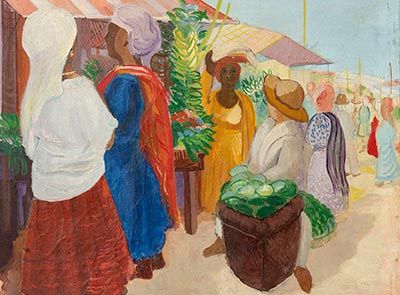 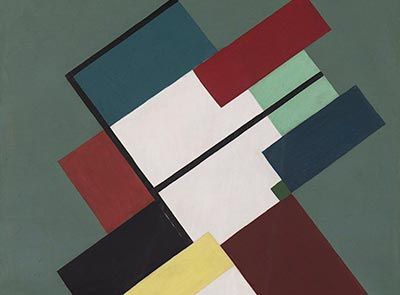 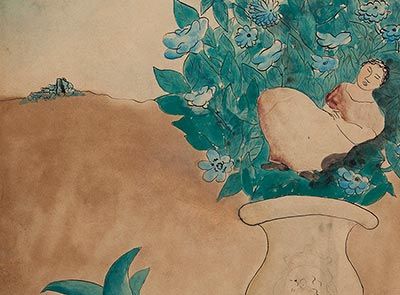 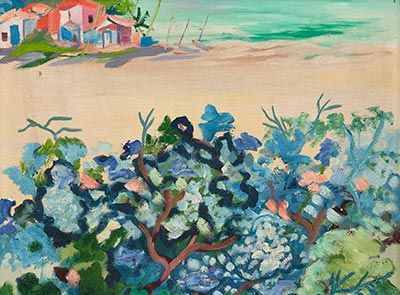 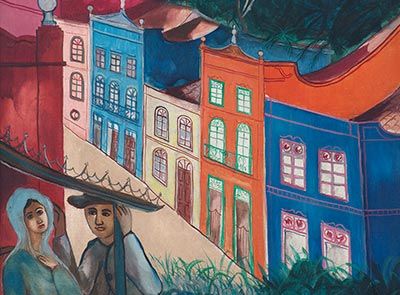 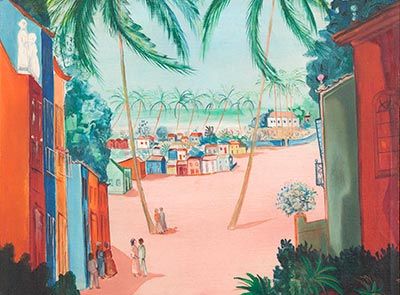 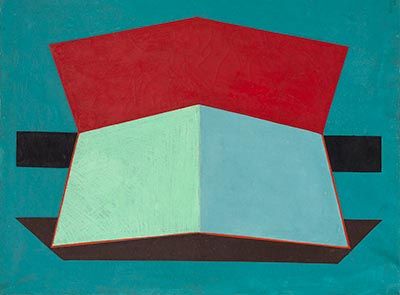 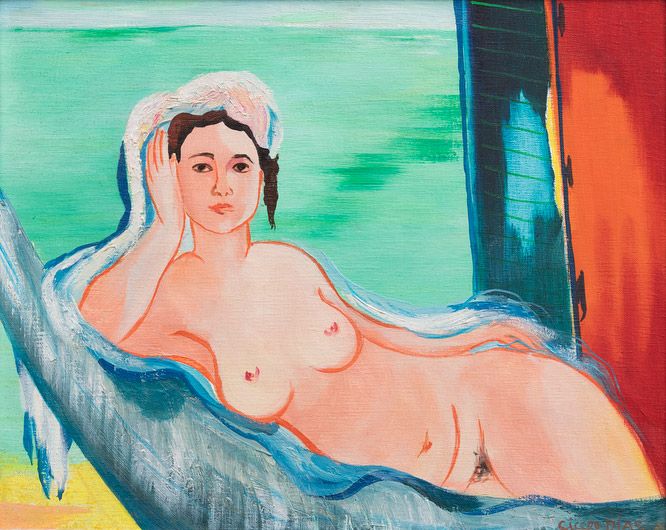 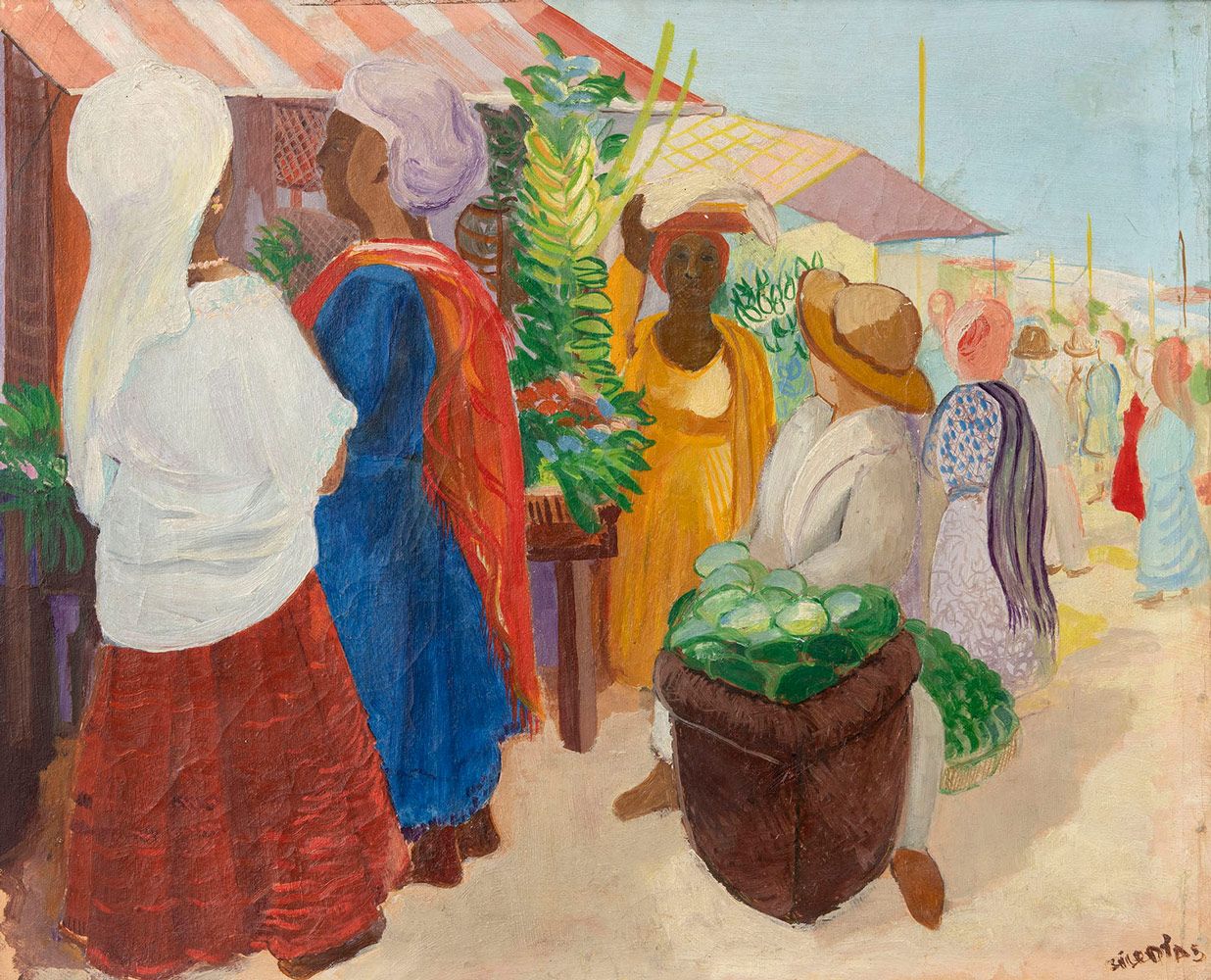 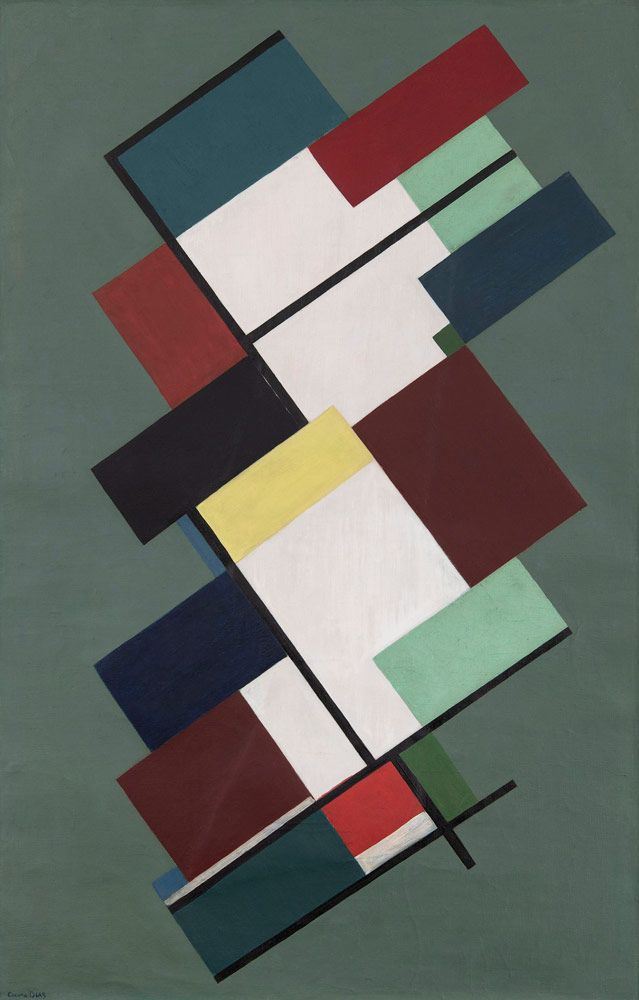 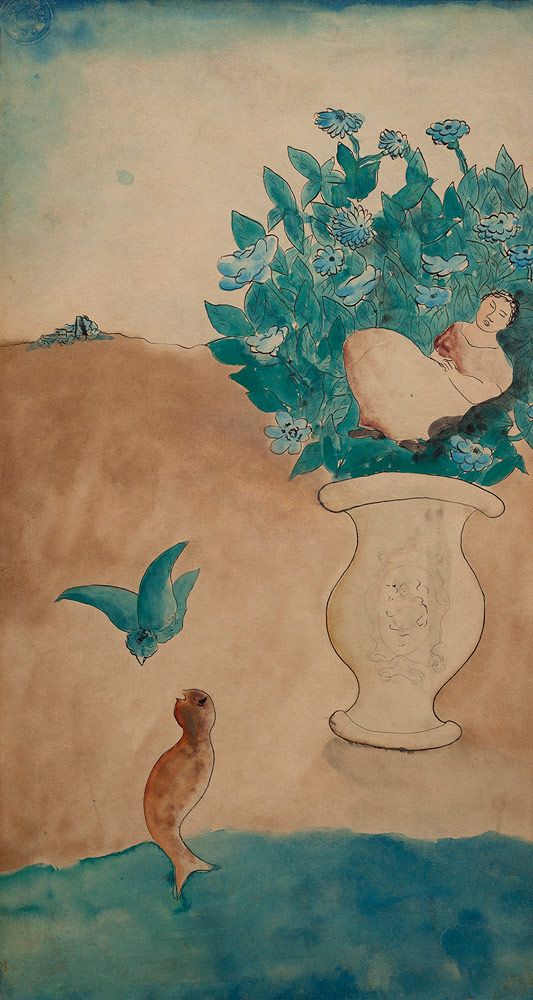 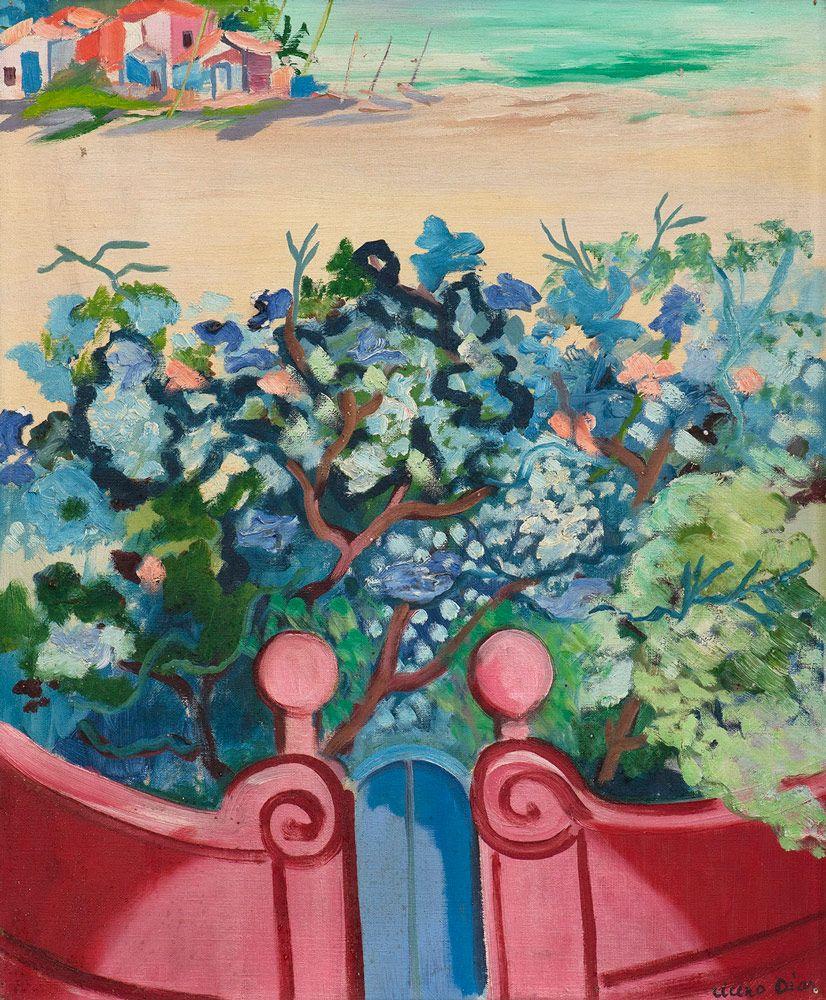 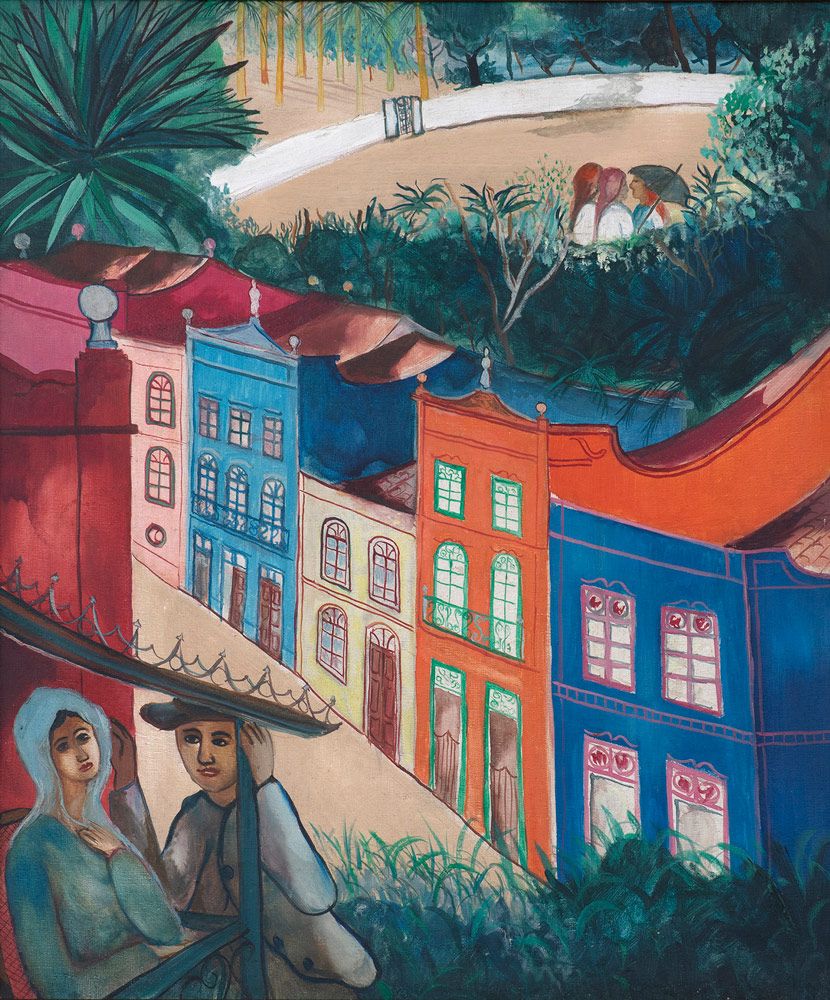 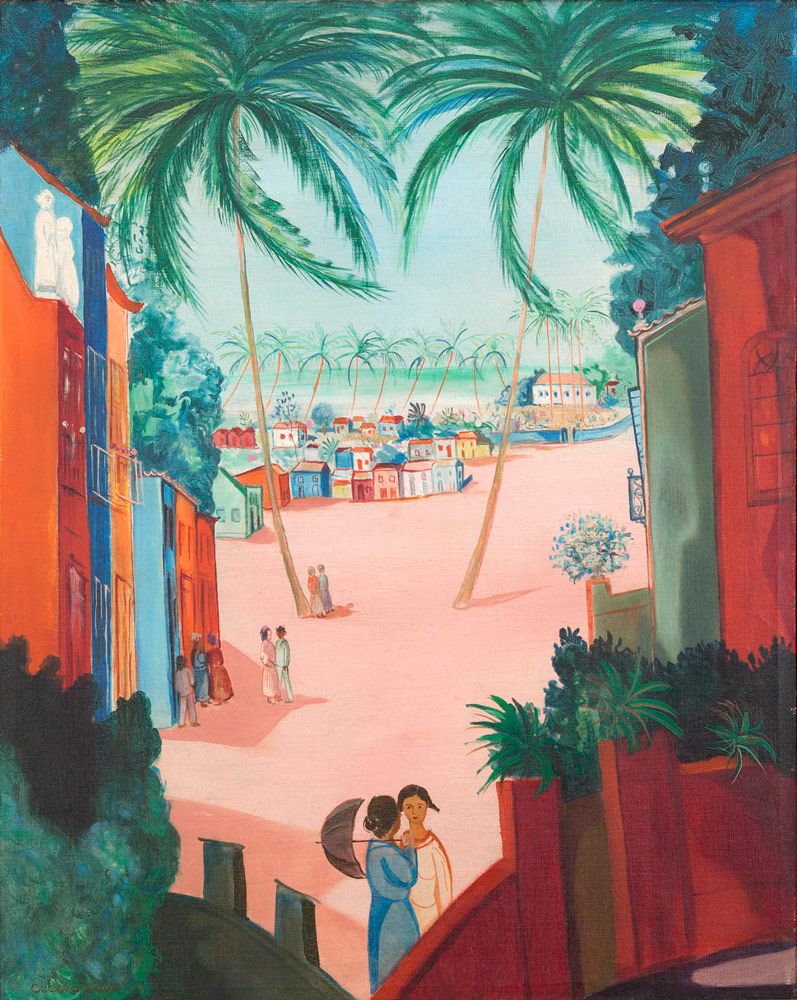 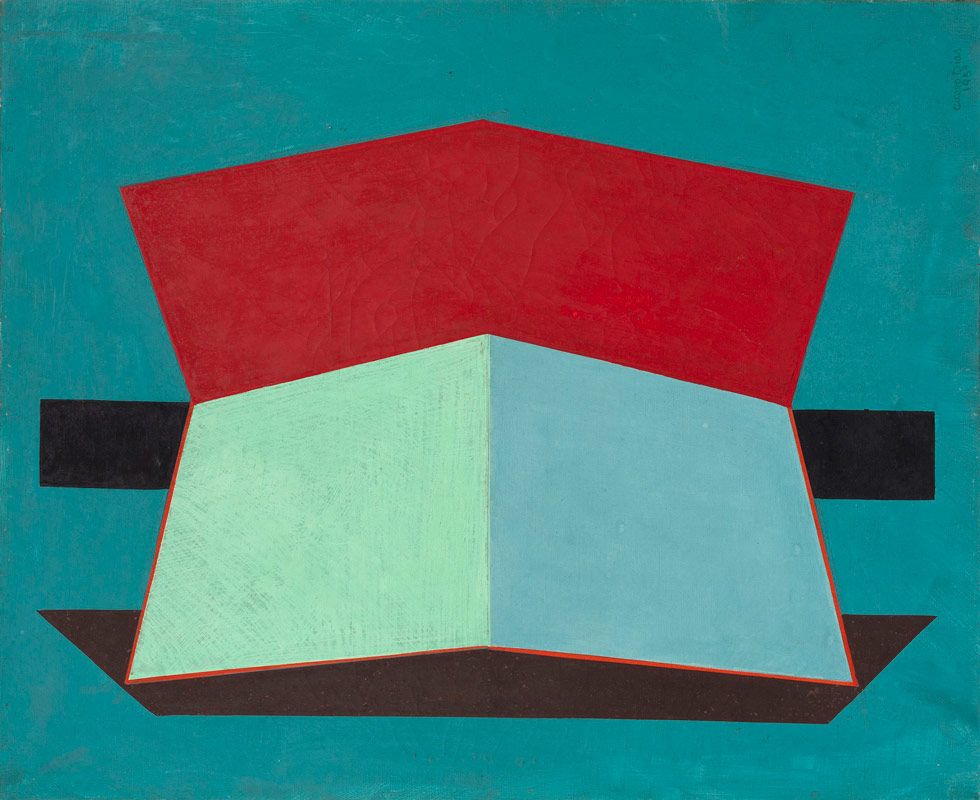